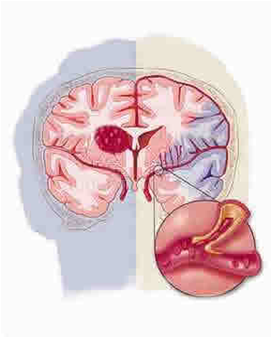 A stroke occurs when blood flow to the brain is blocked, either by blood clots or narrowed blood vessels, or when there is bleeding in the brain. Deprived of nutrients, brain nerve cells begin to die within a few minutes. As a result, a stroke can cause sensory and vision loss, problems with talking and walking, or difficulty in thinking clearly. In many cases, the effects of stroke are irreversible.

There are 2 broad categories of stroke: 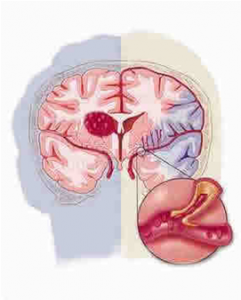 Ischemic strokes are caused by a blood clot or blockages in the arteries, and hemorrhagic strokes occur when blood vessels rupture. Ischemic strokes are most commonly caused by blockages in the carotid arteries and are responsible for up to 80% of strokes. As people age, arteries become narrowed with rough deposits of plaque called “stenosis”. Diseased arteries can clog up completely as the plaque accumulates or can be shut down by clotting conditions called “embolism” and “thrombosis”. When the arteries become plugged, the blood is no longer able to reach the brain and stroke results.
Thrombotic strokes are caused by fatty deposits (plaque) which have built up in the arteries carrying blood to the brain. This slows blood-flow and can cause clots to form on the plaque that narrows or blocks the flow of nutrients and oxygen to the brain.

An embolic stroke is caused by a blood clot formed in another part of the body which breaks loose, travels through the bloodstream, and then blocks an artery carrying nutrients and oxygen to the brain.

Ready to be free of pain? Schedule your FREE consultation today.